• Union Minister of Youth Affairs & Sports
Vijay Goel interacted with youngsters from Jammu and Kashmir in a pro- gramme named “Samvad”. The objective of the interactive session was to initiate a conversation on a host of issues ranging from culture, sports, youth affairs, to vari- ous other social issues.
• Agni-III has a strike range of more than 3,000 km and capable of carrying both conventional and nuclear warheads weighing up to 1.5 tonnes.
• India’s plan for a sub-regional motor vehi- cle agreement faced a setback, as the Bhutan government announced that it is not ready to go ahead with the process at present.
• The President of India, Pranab Mukherjee conferred the 52nd Jnanpith Award on
Prof. Sankha Ghosh in New Delhi.
• The AP government has reached a mile- stone in its endeavour to turn Andhra
Pradesh into an automotive hub with the Seoulbased automotive company Kia Motors Corporation zeroing in on the state to set up its first plant in the country.
The unit will be set up near Penukonda.
• Google India has been named the most
‘attractive employer brand’, followed by Mercedes-Benz, according to the latest survey by HR firm, Randstad. This also makes Google India the winner of the
Randstad Award third year in a row.
• Infosys launched ‘Infosys Nia’, the next- generation Artificial Intelligence (AI) Platform for businesses.
• The President of India, Pranab Mukherjee presented CII President’s Award for Lifetime Achievement to Mr. Rahul Bajaj. 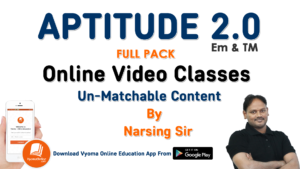