The Supreme Court (SC), in a landmark judgement,criminalised sex with a minor wife aged between 15 and 18 years.
Section 375 of the IPC: It defines the offence of rape, has an exception clause that says intercourse or sexual act by a man with his wife, not below 15 years, is not rape.
SC said the exception in the rape law was contrary to the philosophy of other statutes and violates the bodily integrity of a girl child.
Bench comprises: Justice Madan B Lokur and Deepak Gupta
Supreme court observed that Section 375 of the IPC is violative of Article 14, 15 and 21 of the Constitution. Section 375 of the IPC was defeating the purpose of Prohibition of Child Marriage Act and was also in violation of international conventions to which India was a signatory. They have also referred to the provisions of the POCSO Act and said these were contrary to the IPC provision. 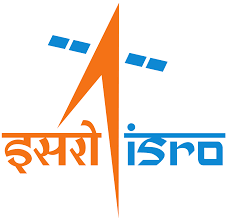 The Indian Space Research Organisation plans to launch a satellite on board Polar Satellite Launch Vehicle (PSLV) in December.The ISRO is getting ready for the Cartosat-2 series satellite mission in mid-December from the Satish Dhawan Space Centre or Sriharikota High Altitude Range (SHAR)
In February 2017, PSLV-C37 launched the first Cartosat-2 series satellite along with 103 co-passenger satellites in a single flight.
In June, the second one launched along with 30 co-passenger satellites — the 39th consecutively successful mission of PSLV. Third Catosat mission is planning to launch with the primary objective of providing high-resolution scene-specific spot imagery.

The Prime Minister shared his views on rural development at an event to mark the centenary celebrations of Nanaji Deshmukh, one of the founding members of the Jana Sangh and social reformer, and the 115th birth anniversary of the socialist leader Jayaprakash Narayan.

The Prime Minister, who formally launched 11 Rural Self-Employment Training Institutes (RSETI) and a mobile app to track development schemes, said democracy was not just about winning elections but ensuring participative development. “It’s about ensuring a dialogue where the right guidelines and feedback are given for effective policy-making and such a mobile app will help achieve this,”
On this occasion, P.M Launched DISHA dashboard portal for coordination and monitoring of development works at the district level

Veteran actor Anupam Kher was appointed chairman of the Film and Television Institute of India (FTII). He was conferred the Padma Shri in 2004 and the Padma Bhushan in 2016 for his contribution in the field of cinema and arts. Kher previously held the post of chairman of the Central Board of Film Certification.

Fact sheet: The Film and Television Institute of India (FTII) is an autonomous institute under the Ministry of Information and Broadcasting of the Government of India and aided by the Central Government of India
Established: 1960
Chairman: Anupam Kher
Location: Pune

1. The Secunderabad railway station recognized as first ‘’Green Railway Station’’ of the country.

Secunderabad railway station earned the distinction of being the first railway station in the country to be certified as a ‘Green Railway Station’ by the Indian Green Building Council – Confederation of Industry (IGBC-CII), in association with Indian Railways.
IGBC-CII, with the support of Environment Directorate of Indian Railways, developed the Green Railway Stations Rating system to adopt green concepts.
Objective: The aim is to reduce adverse environmental impacts due to station operation and maintenance, and enhance the overall commuter experience.

Accelerating growth and employment over the next six months would be the top priority of the recently reconstituted Prime Minister’s Economic Advisory Council (PMEAC), its chairman Bibek Debroy said on Wednesday, acknowledging the slowdown in the economy. the first meeting of the Council on Wednesday.
The five-member Council was unanimous that the government shouldn’t stray from the path of fiscal consolidation, thus ruling out a fiscal stimulus to reverse the downturn in the economy. The Council would initially focus on 10 themes.

1. India beat Macau to qualify for 2019 AFC Asian Cup
India on Wednesday qualified for the 2019 Asian Cup after they pumped in four goals for a convincing 4-1 win over Macau. This is India’s fourth qualification after 1964, 1984 and 2011.