Defence Minister Nirmala Sitharaman on Monday commissioned the indigenously built anti-submarine warfare stealth corvette INS Kiltan in Visakhapatnam, describing it as a ‘shining armour’ in the country’s ‘Make in India’ programme. Defence minister mentioned that, this is a rapid marching towards indigenisation of defense manufacturing.
Kiltan is the latest indigenous warship after Shivalik class, Kolkata class and sister ships INS Kamorta and INS Kadmatt to have joined the Indian Navy’s arsenal
Designed and developed by: The stealth corvette has been designed by the Indian Navy’s in-house body, the Directorate of Naval Design under Project 28 (Kamorta Class).
How it got it’s name: “INS Kiltan is the third of the Kamorta class The ship derives its name from one of the islands in Aminidivi group of the strategically located Lakshadweep and Minicoy group of islands.
“This ship is unique, as about 81% is built indigenously and is the first built by India that has a superstructure made up of carbon fibre composite material. This makes it a stealth corvette and makes India one among
the few nations that have this technology or this class of ships.”
The significance of this development:
Defence minister pointed out that India had a long coastline with a vast EEZ (Exclusive Economic Zone) and there was a need to have a capable and potent navy. The Indian Navy, she said, had been playing an important role in defending the borders as well as in peace and humanitarian missions.

2. Centre to states, observe the birth anniversary of ‘’Iron man of India’’

The Centre has asked States to observe the birth anniversary of Sardar Vallabhbhai Patel on a grander scale this year. “October 31 is observed as a day of special occasion to foster and reinforce the government’s dedication to preserve and strengthen unity, integrity and security of our nation by celebrating it as a ‘Rashtriya Ekta Diwas’ to commemorate the birth anniversary of Sardar Patel,”

The average total assets of seven national parties increased by 530% between 2004-05 and 2015-16, from about 62 crore to 388 crore, according to a report by the Association of Democratic Reforms (ADR).

The International Monetary Fund has suggested India to consider setting up an independent fiscal council, saying this institution has contributed to better outcomes in the countries where it has been introduced.

Airtel Payments Bank said it has partnership with Hindustan Petroleum Corporation Limited (HPCL), and all 14,000 HPCL fuel stations will act as banking points for Airtel Payments Bank, the company said.
All Airtel Payments Bank customers would be able to access a range of convenient banking services at these 14,000 fuel stations like opening new accounts, make cash deposits and withdrawals facility, and transfer money.
Airtel Payments Bank customers will also be able to make secure and convenient digital payments for fuel purchases across 14,000 HPCL fuel stations by using their mobile phones, it said.
These cashless payments can be made via smartphones (MyAirtel App) as well as feature phones (USSD), the company said. The customer is not charged any transaction fee for these digital payments.
Use of this partnership: This partnership will add to the growth of digital payments in the country and contribute to the government’s Digital India vision. 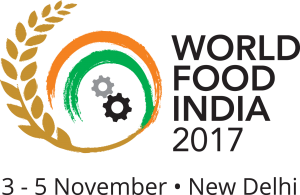 India has attracted investment commitments of about $10 billion in the food processing sector ahead of the mega ‘World Food’ event to be held here in November, Union Minister Harsimrat Kaur Badal said on Monday. The event will see participation of 30 countries and more than 50 global CEOs along with CEOs of leading domestic food processing firms and 28 States.

Inflation at the wholesale level cooled to 2.6% in September due in large part to a slowdown in the increase in food prices, according to official data released on Monday.

6. Airtel and Millicom merged their operations

Bharti Airtel and Millicom International Cellular on Monday announced the
closure of a deal to combine their operations in Ghana. The company will continue to operate both brands Airtel and Tigo