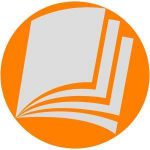 Shri Kiren Rijiju, The Union Minister of State for Home Affairs, has inaugurated the ‘India Disaster Response Summit’ in New Delhi. The summit was organised jointly by the National Disaster Management Authority (NDMA) and Facebook.

Union Cabinet has approved Rs.25,703 crore for the development of an Exhibition-cum-Convention Centre (ECC). Dubai police officers set a Guinness World Record by pulling the world’s largest passenger airliner Airbus A380 for a distance of 100 metres. 56 police officers dragged The plane which weighs 3.02 lakh kg to break the previous record set by 100 people who pulled a 2.18-lakh kg aeroplane at Hong Kong International Airport in 2011. The state government has included oral medicine in government hospitals which would be provided free of cost to permanent residents of all categories at the district level.  Haryana would be the first state where health screening would be done for everyone and 35 to 40 necessary tests would be conducted. . . . .