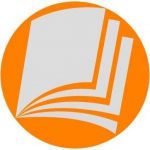 Topics Covered in this PDF are:- BCCI to unofficially retire No.10 jersey The Board of Control for Cricket in India (BCCI) has decided to “unofficially” retire the No.10 jersey for international matches. The No.10, worn by Sachin Tendulkar throughout his career in ODIs. The Mumbai Indians, incidentally, had retired No.10 in 2013 after Tendulkar retired from all forms of the game.

President Ram Nath Kovind addressed the closing ceremony of centenary celebrations of Bose Institute in Kolkata. This was one of the earliest scientific institutes to be established in the country. The President said that Bengal was one of India’s earliest industrial and manufacturing economies. Bose is considered the father. . . . . The first revamped coach of Rajdhani under the project ‘Swarna’ was coach of Sealdah Rajdhani ( New Delhi-Sealdah) which was launched today (29th November 2017) from New Delhi.To improve the passenger experience, Ministry of Railways decided to upgrade Premium Rajdhani and Shatabdi trains under Project ‘Swarna’. Under. . . . . INSV Tarini entered Lyttelton port (New Zealand) on Wednesday during its maiden voyage to circumnavigate the globe.This is the first-ever Indian circumnavigation by an all-women crew. The vessel is skippered by Lt. Commander Vartika Joshi, and the crew comprises Lieutenant Commanders Pratibha Jamwal, P. Swathi, and Lieutenants. . . . .